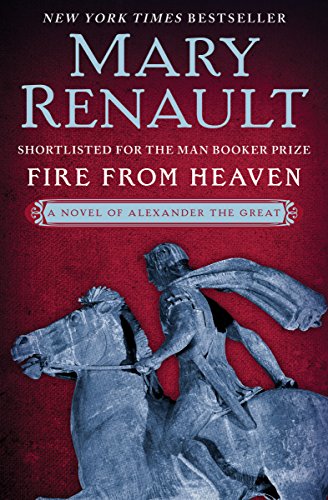 Fire from Heaven by Mary Renault is amazing. The book is a fictionalized narrative about Alexander the Great's life in a gritty down to earth ancient world. Mary Renault is great because she really knows her history and talks about her sources and artistic choices in an author's note at the end of every novel in this series.

The book follows Alexander from his childhood to the assassination of his father and his ascension to the throne. We get to see the messy abusive childhood that the young Alexander experiences, the development of his long lasting love of Hephastion, palace intrigues, Alexander meeting his horse and doggo, and many more famous events in Alexander's life. What is amazing about the story is how Renault weaves her fiction into what the sources agree actually happened. If something interesting happens in the book, you can go and look it up and you'll find that sure enough Arrian or Plutarch say that it really happened.

Renault is a great writer and draws you into the ancient world in a very believable way. I especially love the extremely touching romance between Hephastion and Alexander. It is so cute and sweet. 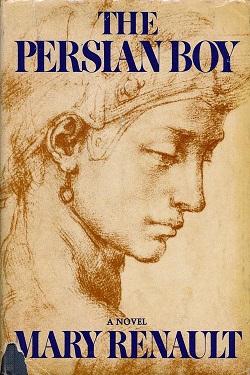 The sequel, The Persian Boy is just as good. This story focuses on Alexander's conquest of Asia as his empire grows all the way into India! It is told through the eyes of a gay Eunuch who is brought into Alexander's court and seduces Alexander.

The story shifts from a third person narrative to a first person narrative in this story and I think overall it is really good. Once again the story weaves real and imagined events together seamlessly and tells an absolutely kickass story about one of the coolest dudes to ever exist.

Renault's Alexander is charming and kind. His fatal flaw is that due to his traumatic childhood he needs people to love him and is over trusting.

I mean damn, when your biggest flaw is "You know, I just care about other people too much." you gotta roll your eyes a little bit. But honestly, Renault pulls it off. The Alexander in these stories is believable and complex. All of the characters are.

That complexity is a bit of a drawback with this one though. The narrator has had a really traumatic life and his views of love and duty are borderline toxic. I sometimes wondered what Alexander saw in him to value him so highly.

At the same time though I do like Bagoas (the narrator) and wanted to see him happy. He needs a hug! I mean it is pretty damn sad that he was always the second most important person (if that) in the love of his life's universe.

The story that carried me to the end though of course is the end of Alexander's life. I worry about spoiling it for those of you who don't know what happens to these larger than life characters but I figure its 2,500 year old history! That can't be a spoiler! Everyone knows that Alexander dies young.

Unlike in Alexander's favorite stories real people die sad normal deaths. Hephastion gets sick and dies suddenly for no reason. Alexander loses his mind with grief and plans the most elaborate funeral possibly of all time. Estimates say that like a billion dollars in today's money was spent on it.

Then after the funeral, Alexander gets sick and dies too. And in one of the most badass quotes of all time when asked who he leaves his Kingdom to he says "To the Strongest".

Such a fun story! Next week I might start reading the third book: Funeral Games which is about the fracturing of the Empire in a game of thrones like squabble for the title.

There is no magic in any of these stories. They present ancient pagan religious belief in a believable light which I enjoyed as well.